Shaved head, bomber jacket, combat boots – anyone who still pictures the typical frustrated (East) German youngsters as the “right-wing extremist” is overlooking the diversity of the phenomenon. The growing popularity of right-wing populist movements and parties has changed the face of right-wing extremism long-term. The well-known, organised neo-Nazism has managed to counter its loss of meaning with a strategic realignment. For example, the so-called “Identitarian Movement” with its new forms of action and manifestations has succeeded in increasing its attractiveness, especially among young people. That the upswing of right-wing populism, in particular the electoral successes of the right-wing populist parties, corresponds to the rise in the number of people with extreme right-wing ideologies, is confirmed by assessments of the security agencies that the number of violent right-wing extremists is on the rise. Encouraged by the increasing polarisation of society (“immigration advocates” vs. “immigration opponents”), they are registering an enormous increase in hate crimes (especially within refugee accommodations), whose offenders are no longer recruited from the environment of (organised) right-wing extremism. In an interview with Tagesspiegel (in 2016), the director of the Federal Criminal Police Office, Holger Münch, even stated that “approximately three-quarters” of the suspects identified in attacks on refugee camps were not previously known as extremists. 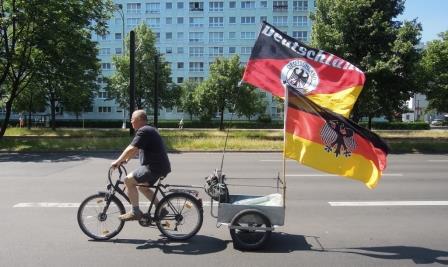 The increasing social penetration through right-wing populist rhetoric and thinking focused on the concept of an enemy increases the risk of radicalisation of young people massively. At the same time, the pace of access and recruitment paths of extremist scenes is accelerating. The abundance of new media has been lowering the threshold of access to ideology positions and radicalised groups and scenes. Prevention and deradicalisation measures, which are limited to educational offers and confrontation with counter-arguments, completely underestimate the power of relationships that extremists offer (young) people in the search for direction and belonging. People recruiting for extremism know that it is about the relationship level and try to convert the contact initiated online as quickly as possible into a real interpersonal relationship in order to bind the target person with the radicalised group through personal contact.

The road to extremism is not unavoidable

In fact, the manifestation of extremist views in (young) people at risk of radicalisation is often a question of the scene they belong to and of the people they come in contact with. People who do not yet have a solidified ideological view of the world are accessible – for both sides. Whom they encounter in their search for direction is of existential importance: those who give them exactly one answer, one truth, one world-view – or people who inspire them to question alleged truths and who show them the possibility and justification of other views. Anyone who is ready to acknowledge the diversity of possible world-views, creeds and attitudes will, in their own right, distance themselves from a world-view focused on the concept of a common enemy or someone to blame. Initiating this type of dissociation process and to showing people the way out of the danger zone requires qualified support.