What can be done in correctional facilities.

Sami folds his hands behind his back and stares at the floor. He doesn’t look at the person across from him. Sami is convinced he’s a victim. A victim of the state, a victim of the system, a victim of the majority society. For the last few months, Sami has been an inmate of a Hessian prison.  And Sami is Muslim. He tries to ignore the fact that he is not imprisoned because of his faith, but because of a serious act of violence. He keeps away from non-Muslim detainees and prison staff. A few weeks ago he joined a group of fellow believers. Since then, not only his belief in true Islam has grown, but also his belief that German majority society is systematically persecuting Muslims – and that he has to fight back. 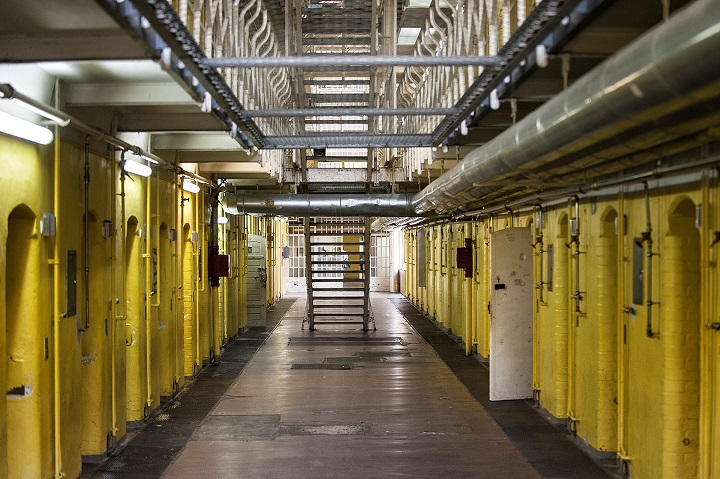 When Sami walked the streets of Offenbach with his gang, Islam didn’t mean much to him at all.

When Sami walked the streets of Offenbach with his gang, Islam didn’t mean much to him at all.  Sami has never seen a mosque from inside, nor did he ever pray regularly. But now a barred window and thick walls separate him from his old life. Now he sits frustrated in his cell, tapping the table with his fingers and looking for someone to blame for his situation. In the regimented, grey prison routine, he is receptive to those who tell him that the West is waging war against Islam. “You’re here because the state wanted to punish you. But only God can punish. You only have to obey his laws alone.” Allah or not, this type of rhetoric benefits Sami: he can continue to portray himself as a victim, becomes part of a community of like-minded people and, as a package deal, he gets the added benefit of adventure and heroism – the martyr’s death in jihad.

Germany’s prisons currently hold more than 12,000 Muslims. They represent nearly 20 percent of the prison population. Sami is one of them. With what conviction Sami leaves the prison walls behind upon his release depends on who will take care of him in the coming months. Those who exploit his frustration, anger and feeling of rejection – the German prison system has long since become part of the radical Salafi jihadist recruitment area. Or people who can motivate Sami to use his brain. People who gently initiate thought processes by asking the right questions. Questions that allow someone like Sami to stumble across contradictions and be open to other interpretive possibilities. People he can turn to in matters of faith without feeling that they just want to take his faith from him. People who enable Sami to leave prison without understanding his faith as a commitment to fight the German state.

Given the fact that radicalised criminals are imprisoned in German correctional facilities, there is simply no way getting around dealing with the offenders and what is going on in their minds. And that has to happen while they are still imprisoned. So they don’t take it outside with them again.